As you will be aware the COVID 19 Pandemic has had a monumental effect on everybody and has in turn affected our way of life all over the world. As you can imagine this has been a particularly challenging time for the charity with the traditional fund raising and events calendar all but wiped out. In particular annual shows we would normally take the stand to and unfortunately the annual stretcher race in June could not take place.

There have however been some huge highlights over the last few months. In particular Fin , JJ’s younger brother passed out at Catterick in February to fulfil his life times ambition and join the Parachute Regiment with 2 Para. You can see Fins moving story here :  https://www.forces.net/news/millies-2019-fin-doherty-inspiring-others

Just a week prior to passing out at Catterick , Fin had another important engagement. He had been nominated for a Sun Millie Award for inspiring others …………………………………..and of course he WON ! Fin joined up as soon as he could, aged 17, and passed out of the Army Foundation College in Harrogate, North Yorks as Best Recruit. He also had the honour of leading the parade as Junior RSM. A proud prelude to what awaited him next at Catterick. 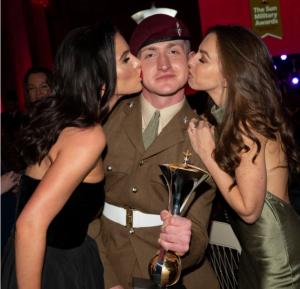 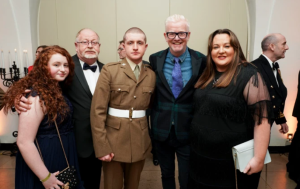 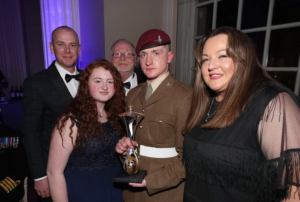 In March The Sun launched a campaign as follows :

A STREET is set to be named in recognition of a fallen soldier, in a council U-turn following a campaign by The Sun.We launched our push in memory of Pte Jeff Doherty after his local authority refused to honour him.Southam Council, Warwicks, initially offered to name a street after him — then changed its policy on memorials.Now it is poised to vote to allow it after all.His mum, Joyce, 46, said: “We’re hopeful they will see sense. JJ made the ultimate sacrifice.”

You can read the full story here. Watch out for an UPDATE. 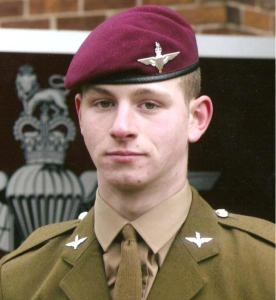 In November 2019 the Doherty Family were invited The Festival of Remembrance at The Royal Albert Hall.This was show was broadcast live on BBC1.

A tribute was made to Private Jeff Doherty, known as JJ, who was killed a few days after his 20th birthday in a Taliban attack in Afghanistan. He was described as having a good sense of humour and the life and soul of the party. JJ was in the parachute regiment. His brother Fin is now in training to be a paratrooper, and led bereaved families into the hall to applause, and some tears. 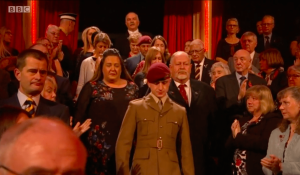 Clothing. We have moved our T shirts to an on line shop. This is give everyone access , especially during the current time where is has been difficult to organise any events where we would normally sell our merchandise. The range will added to in the coming months to include men’s , women’s and children’s wear. For now there T shirts available with optional memorial personalisation. 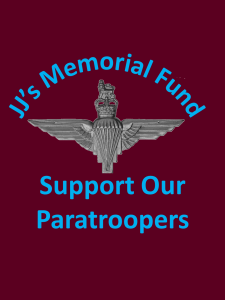 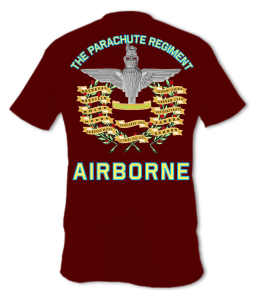 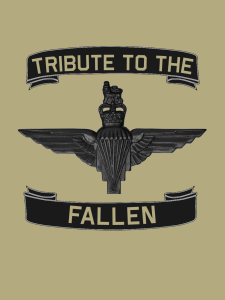 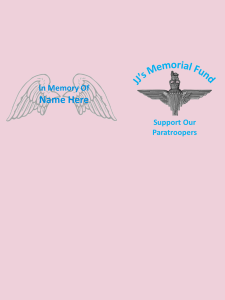